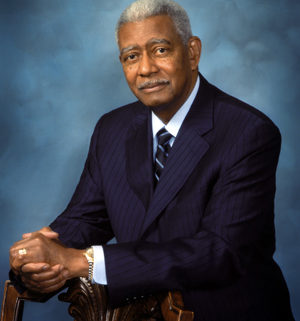 Several times a year the Cleveland Life Institute sponsors leaders to come and speak to the community about their experiences and training.

This free presentation by Dr. Otis Moss, Jr. was sponsored by the Cleveland Life Institute in the First Baptist Church of Greater Cleveland, Spahr Center

His talk about “Social Responsibility in the 21st Century-a Call to a New Generation” was very informative and the large crowd appreciated his wisdom.

Theologian, pastor, and civic leader the Reverend Dr. Otis Moss, Jr. is one of America’s most influential religious leaders and highly sought-after public speakers. A native of Georgia, Dr. Moss was born on February 26, 1935, and was raised in the community of LaGrange. The son of Magnolia Moss and Otis Moss, Sr., and the fourth of their five children, he earned his B.A. degree from Morehouse College in 1956 and his masters of divinity degree from the Morehouse School of Religion/Interdenominational Theological Center in 1959. He also completed special studies at the Inter-Denominational Theological Center from 1960 to 1961 and earned his D.Min. degree from the United Theological Seminary in 1990.

Dr. Moss has been involved in advocating civil and human rights and social justice issues for most of his adult life. Having been a staff member of Rev. Dr. Martin Luther King, Jr., he currently serves as a national board member and trustee for the Martin Luther King, Jr. Center for Non-Violent Social Change. His work in the international community has taken him to Hong Kong, Taiwan, and Japan as a member of a clergy mission in 1970, and to Israel in 1978. In 1994, he was the special guest of President Bill Clinton at the peace treaty signing between Israel and Jordan, and, in that same year, he led a special mission to South Africa.

Dr. Moss is the recipient of numerous awards and honors, including Human Relations Award from Bethune Cookman College in 1976, The Role Model of the Year Award from the National Institute for Responsible Fatherhood and Family Development in 1992, Leadership Award from the Cleveland chapter of the American Jewish Committee in 1996, and an Honorary Doctor of Divinity from LaGrange College in 2004. In 2004, he participated in the Oxford Round Table in Oxford, England, and was a guest presenter for the Lyman Beecher Lecture series at Yale University.

Reverend Otis Moss is the Chairman of Morehouse College. He is the Director of The Cleveland Foundation. Named by Ebony magazine as one of America’s greatest black preachers, he has been involved in the civil rights movement for more than 35 years. A founding board member of the Greater Cleveland Roundtable.

This message is only visible to admins.
Problem displaying Facebook posts. Backup cache in use.
Click to show error
Error: Error validating access token: The session has been invalidated because the user changed their password or Facebook has changed the session for security reasons. Type: OAuthException

We wanted to remind you of this evening's events leading up to Easter. At 7PM join us for our Maundy Thursday service where we remember the night when Jesus shared his last meal with his disciples. Tonight's service features a dramatic presentation of the "Living Last Supper", as well as music from the virtual choir, the handbell choir, Brian Kozak & Demetrius Steinmetz, and the Chancel Choir quartet. Pastor Kregg Burris will invite you to take communion at your home, as we celebrate and acknowledge the events of this important and meaningful evening.youtu.be/3dW9B7sZY8wAny time from 8PM to 8AM you can join our virtual 12 Hour Prayer Vigil. You can sign up for a timeslot to pray, email us your name and time you would like to come to vigil@firstbaptistcleveland.org. You will receive more information and a link to join a Zoom meeting. If you already sent in a request and have not received instructions please check your spam mailbox. Everyone is welcome to join in our prayer time. Once connected to Zoom you can view previous prayers and leave additional public prayers in the chat. ...

We had a beautiful April 1 Sonrise Service this morning. Since the building was closed due to COVID-19 we decided to have it outside on the flat roof of the Portico. Being outdoors we could sing with our hearts open. It was a bit dicey for everyone that attended, we had not anticipated the snow making the ladder slippery. Who would have known when we planned this a couple of days ago when it was close to 70 degrees that there would be such a temperature drop. It was tough moving the organ up there but the beautiful music was well worth the extra trouble. We will try and post more photos later. Happy April 1 to All! ...

Classes will not be held Wednesday, Thursday and, Sunday to allow everyone time to celebrate Lent and Easter activities. For a full list of events visit our website - www.firstbaptistcleveland.org/lent/ We look forward to celebrating with you, Hallelujah He is Risen! ...

When this happens, it's usually because the owner only shared it with a small group of people, changed who can see it or it's been deleted.
View on Facebook
· Share