With February being Black History Month we wanted to test you on how much you know about some famous (and should be famous) Black Americans that have contributed so much to our lives. You may take the quiz as often as you would like during the month so it should get easier as time goes on if you have a good memory, right? Not so fast, we will be adding more questions throughout the month so it may get a lot more difficult!

Valerie Thomas (1943- ) American scientist and inventor. She invented the illusion transmitter, for which she received a patent in 1980. She was responsible for developing the digital media formats image processing systems used in the early years of the Landsat program.

Elijah McCoy (1844-1929) Engineer, inventor, initially employed as a railroad fireman and oiler. He was notable for his 57 US patents, most having to do with the lubrication of steam engines. Born free in Canada, he came to the United States as a young child.

Frederick McKinley Jones (1893-1961) American inventor, entrepreneur, winner of the National Medal of Technology, and an inductee of the National Inventors Hall of Fame. His innovations in refrigeration brought great improvement to the long-haul transportation of perishable goods. He co-founded Thermo King.

#2. Which of these are Black American Nobel Peace Prize winners?

Select all that apply:

#3. Who was the first Black millionaire?

Madame C. J. Walker (1867-1919) American entrepreneur, philanthropist, and political and social activist. She is recorded as the first female self-made millionaire in America in the Guinness Book of World Records.

Annie Malone (1869-1967) Annie Minerva Turnbo Malone was an American businesswoman, inventor and philanthropist. She is considered to be one of the first African American women to become a millionaire.

#4. Which of these famous Black actors was also known as a singer?

Michael Boseman (1976-2020) American actor and playwright.  He was not a trained singer or dancer — when he played  James Brown in Get on Up (2014) he had to go through months of grueling rehearsals to be able to step into the role.

Diahann Carroll (1935-2019) American actress, singer, model, and activist. She rose to prominence in some of the earliest major studio films to feature black casts, including Carmen Jones and Porgy and Bess.

Cicely Tyson (1924-2021) American actress and fashion model. In a career spanning more than seven decades, she became known for her portrayal of strong African-American women.

Michael Clarke Duncan (1957-2012) American actor and voice actor. He was best known for his breakout role as John Coffey in The Green Mile, for which he was nominated for the Academy Award for Best Supporting Actor and other honors.

#5. Who invented something to help get cold food to your refrigerator?

#6. Who is the richest Black person in America?

#7. Which of these inventors was the first to receive the National Medal of Technology?

Established by the Stevenson-Wydler Technology Innovation Act of 1980, the Medal was first awarded in 1985.

George Washington Carver (1864-1943) American agricultural scientist and inventor who promoted alternative crops to cotton and methods to prevent soil depletion. He was the most prominent black scientist of the early 20th century.

George Carruthers (1939-2020) American inventor, physicist, engineer, and space scientist. Carruthers perfected a compact and very powerful ultraviolet camera/spectrograph for NASA to use when it launched Apollo 16 in 1972.

#8. Which of these Black inventors had the most patents?

57 Patents – Elijah McCoy (1844-1929) Canadian-born inventor and engineer of African American descent who was notable for his 57 US patents, most having to do with the lubrication of steam engines.

3 Patents – George Washington Carver (1864-1943) American agricultural scientist and inventor who promoted alternative crops to cotton and methods to prevent soil depletion. He was the most prominent black scientist of the early 20th century. Although Washington did hold three patents, he never patented most of his many discoveries.

√ 61 Patents – Frederick McKinley Jones (1893-1961) Frederick McKinley Jones was an American inventor, entrepreneur, winner of the National Medal of Technology, and an inductee of the National Inventors Hall of Fame. His innovations in refrigeration brought great improvement to the long-haul transportation of perishable goods. He co-founded Thermo King.

1 Patent – Alexander Miles (1838-1918) Alexander Miles was an American inventor and business person, best known for being awarded a patent for automatically opening and closing elevator doors.

#9. Who is the most successful Black person in TV and Movies?

Of course, there are several methods to determine success. Fame, accomplishments, and awards. One easily measured method is surely cold hard cash and one stands out for accumulation.

Tyler Perry (Net worth: US$1 billion) American actor, director, producer, and screenwriter. In 2011, Forbes listed him as the highest-paid man in entertainment, earning US$130 million between May 2010 and May 2011.

Samuel L. Jackson (Net worth of $250 million) American actor and producer. Widely regarded as one of the most popular actors of his generation, the films in which he has appeared have collectively grossed over $27 billion worldwide, making him the highest-grossing actor of all time.

#10. Which Black musician has won the most Grammys?

#11. Who is the most recent Black politician that ran for U.S. President?

#12. Which of these are not known as a Black visual artist?

#13. Which of these Black athletes won three Olympic gold medals?

√ Sheryl Swoopes (1971- ) American former professional basketball player. She was the first player to be signed in the WNBA, is a three-time WNBA MVP, and was named one of the league’s Top 15 Players of All Time at the 2011 WNBA All-Star Game.

Althea Gibson (1927-2003) American tennis player and professional golfer, and one of the first Black athletes to cross the color line of international tennis. In 1956, she became the first African American to win a Grand Slam title.

Tiger Woods (1975-  ) American professional golfer. He is tied for first in PGA Tour wins and ranks second in men’s major championships and also holds numerous golf records. Woods is widely regarded as one of the greatest golfers, and one of the most famous athletes of all time.

#14. Who was the longest-reigning (single) heavyweight champion?

#15. Which of these Black engineers traveled to space?

#16. Which of these Musicians is considered the Godfather? 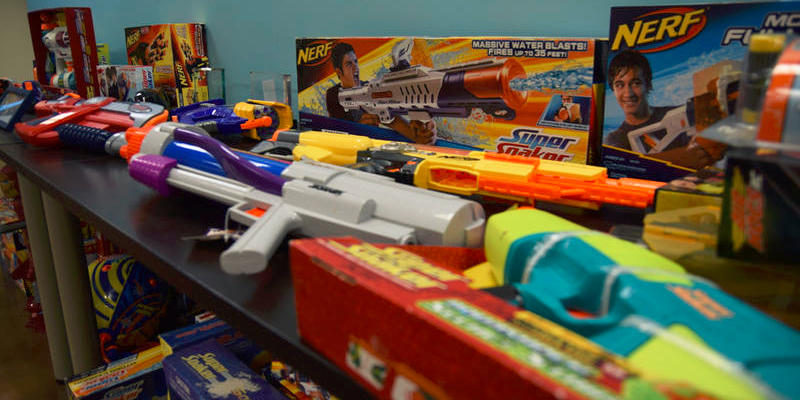 #17. Which of these engineers is famous for getting you wet?

While Lonnie G Johnson (1941-  ) was an Air Force and NASA engineer, and holder of 100 patents many people know him for his invention that is way more fun, the Super Soaker! 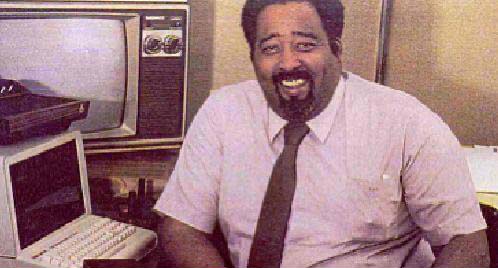 Jerry Lawson (1940-2011) is definitely all about fun. Gerald Anderson “Jerry” Lawson was an American electronic engineer. He is known for his work in designing the Fairchild Channel F video game console. In the 1970s he lead the team that created the first video-game console to use cartridges. This became the foundation of many large companies like Nintendo and Atari. 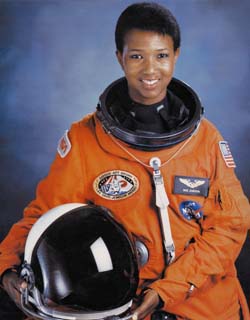 Mae C. Jemison (1956- ) is definitely way out there. She is an American engineer, physician, and former NASA astronaut. She became the first black woman to travel into space when she served as a mission specialist aboard the Space Shuttle Endeavour. Jemison joined NASA’s astronaut corps in 1987 and was selected to serve for the STS-47 mission, during which she orbited the Earth for nearly eight days on September 12–20, 1992.

Mary Jackson (1921-2005) was an American mathematician and aerospace engineer who in 1958 became the first African American female engineer to work at the National Aeronautics and Space Administration (NASA). Yes, the movie Hidden Figures is about these little known women that were the original “Computers”.

#18. Which inventors should you thank for your next high tech meeting?

Select all that apply:

Mark Dean (1957-  ) Dean is an inventor and computer engineer. He was part of the team that developed the ISA bus, and he led a design team for making a one-gigahertz computer processor chip. He holds three of nine PC patents for being the co-creator of the IBM personal computer released in 1981.

Charles Drew (1904-1950) Many meetings are brutal but hopefully, you will not need blood during your next meeting. Drew was an American surgeon and medical researcher. He researched in the field of blood transfusions, developing improved techniques for blood storage, and applied his expert knowledge to developing large-scale blood banks early in World War II.

Henry Thomas Sampson Jr. (1934-2015) Sampson was an American engineer, inventor, and film historian who created the gamma-electric cell in 1971 — a device with the main goal of generating auxiliary power from the shielding of a nuclear reactor. He is also a pioneer in the technology that is used in modern cell phones, but contrary to a widely held belief, he didn’t invent the cell phone.

Once you click finish your score will be at the top of the page and all of the correct answers will light up green. How well did you do? You may reload/refresh your browser and try to improve your score.

If you need some help with your memory or if you never learned about some of these great Americans you can hit the button below to add to your knowledge.

In this morning's message at 10AM, Dr. Kregg Burris continues his series on the 12 Minor Prophets. Today's message comes from Jonah 2:10. The service features a blend of musical styles, from traditional with organ to contemporary music with a praise band and singers. Additionally, all month long we'll be celebrating Black History Month and honoring accomplished individuals within our church family. This morning's honoree is Mr. Alwin Miller. youtu.be/I6FID4EtUBkPlease go to firstbaptistcleveland.org for a complete list of available virtual classes and study opportunities while the church is closed during the pandemic. ...

We look forward to worshipping with you in just a few minutes at our 10AM service. www.youtube.com/channel/UCGPcB14N9TRe50jES6uHK7Q/live In this morning's message, Dr. Kregg Burris continues his series on the 12 Minor Prophets. Today's message comes from Obadiah 1:21. The service features a blend of musical styles, from traditional with organ to contemporary music with a praise band and singers. Additionally, all month long we'll be celebrating Black History Month and honoring accomplished individuals within our church family. Visit our website for more information about today's bible study classes. firstbaptistcleveland.org/discipleship-hour ...

To celebrate Black History Month we have been featuring these important people that are leaders in their fields. How many of them do you already know? You may just learn something new.firstbaptistcleveland.org/black-history-month/ ...

Our Livestream Sunday worship service will begin shortly at 10AM, stop in and say hi, we look forward to seeing you there — youtube.com/channel/UCGPcB14N9TRe50jES6uHK7Q/liveThis Sunday Dan Mizener will share a powerful, true story from the world of baseball that illustrates how God is often working in our lives in ways that are invisible to us. The service features a blend of musical styles, from traditional with organ to contemporary music with a praise band and singers. Stay tuned to the end to watch Betty Meyers, Bonnie Maky and Gayle Klaber play a beautiful piece by Mendelssohn.We will have our Annual Meeting right after the service today.Don't forget our Bible study at noon – www.firstbaptistcleveland.org/get-connected/discipleship-hour/ ...