During the month of February we have chosen but a few of the many Black Americans that have contributed their talents and tenacity to change our lives for the good. So you think you already know everything there is to know about Black history? Click on the quiz button to find out if you are correct. 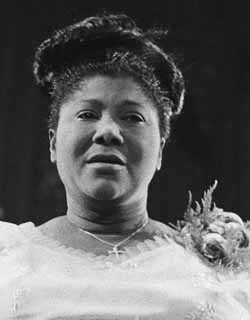 Mahalia Jackson was an American gospel singer. Possessing a contralto voice, she was referred to as “The Queen of Gospel”. She became one of the most influential gospel singers in the world and was heralded internationally as a singer and civil rights activist. You might want to listen to Mahalia sing “How I Got Over” in this video of the 1963 March on Washington. She also sang “Precious Lord Take My Hand” a favorite of Martin Luther King. 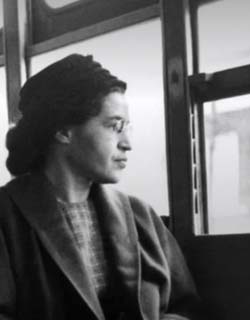 In 1955 she gained attention at a national level when she would not give up her seat on a Montgomery, Alabama bus to a white man. This action sparked a boycott of that system. 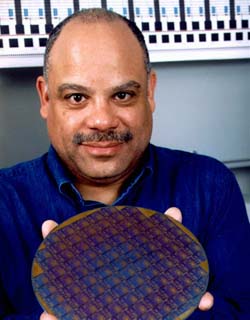 He began working for IBM as a chief engineer in the early 1980s, making up a team of 12 people who would develop the first IBM PC. In addition to helping create IBM’s original machine in his early years with the company, he also worked to develop the color monitor and led the team that developed the first gigahertz processor. 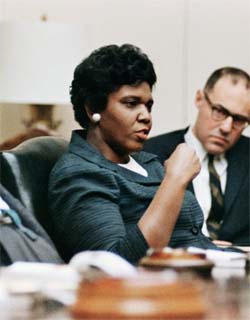 She represented Texas in the U.S. House of Representitives from 1972-78 and was the first Black congresswoman from the Deep South. 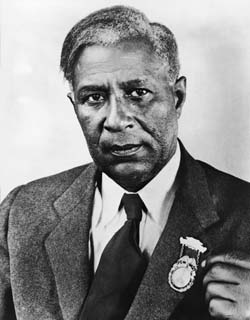 In 1923 this Cleveland, Ohio inventor was granted a patent for the three-position traffic signal. He also had his own repair shop with a garment shop and later started a newspaper the Cleveland Call, one of the most important Black newspapers in the nation. 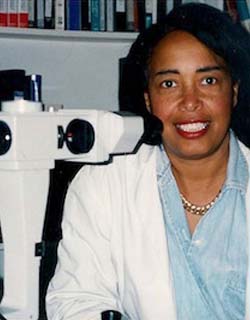 In 1973 she was the first Black to complete a residency in ophthalmology. She recieved a patent for the Laserphaco Probe in 1986. Harnessing laser technology, the device created a less painful and more precise treatment of cataracts. 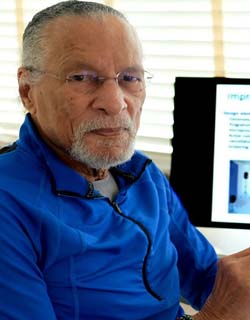 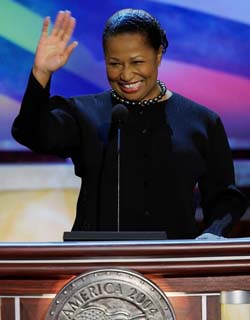 In 1992 she was the first Black woman to be elected to the U.S Senate to represent Illinois. 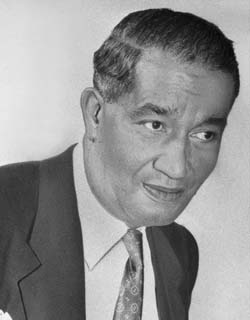 He took out more than 60 patents throughout his life, including a patent for the roof-mounted cooling system in 1940 that’s used to refrigerate goods on trucks. 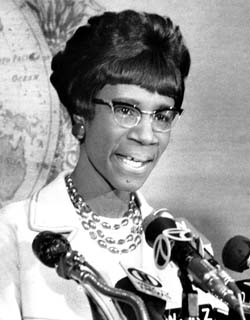 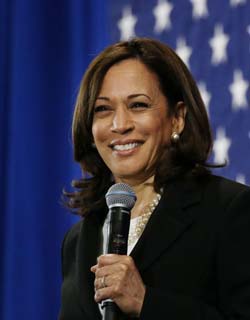 In 2021 she became the first Black woman elected to the Vice Presidency of the United States. Prior to that, she was a U.S. Senator. 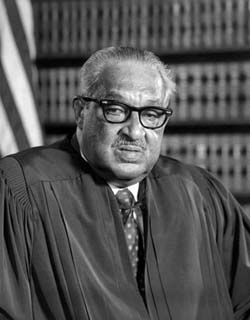 He served as Associate Justice of the Supreme Court of the United States from October 1967 until October 1991. He was the Court’s first justice. 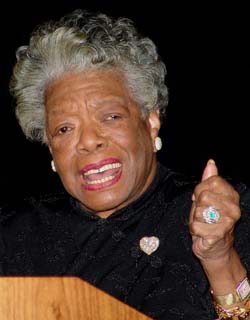 She published seven autobiographies, three books of essays, several books of poetry, and is credited with a list of plays, movies, and television shows spanning over 50 years. She received dozens of awards and more than 50 honorary degrees. 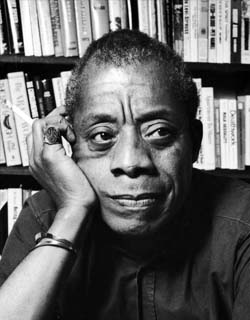 His essays, collected in Notes of a Native Son (1955), explore intricacies of racial, sexual, and class distinctions in the Western society of the United States during the mid-twentieth-century. 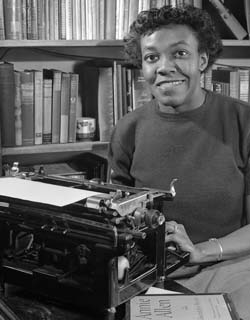 Her work often dealt with the personal celebrations and struggles of ordinary people in her community. She won the Pulitzer Prize for Poetry on May 1, 1950, for Annie Allen, making her the first African American to receive a Pulitzer Prize. 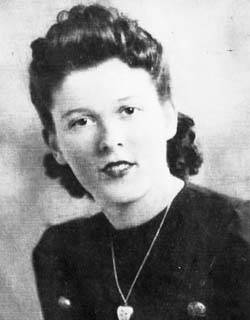 She designed a natural gas-fueled “new and improved heating furnace.” Her design earned a patent in December 1919 and helped give birth to the thermostat and the familiar forced air furnaces in most homes today.

One of the earliest innovators of the then-new literary art form called jazz poetry, He is best known as a leader of the Harlem Renaissance. He famously wrote about the period that “the Negro was in vogue”, which was later paraphrased as “when Harlem was in vogue.” Listen to his poem “Mother to Son” in this video narrated by Viola Davis.

She was born on a cotton plantation in Louisiana and became the first Black milioaire after inventing a line of African American hair care products. She established Madame C.J. Walker Laboratories and was also known for her philanthropy. 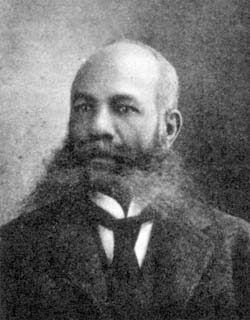 He was granted a patent for a mechanism in 1887 that allowed for automatic opening and closing of doors when the elevator reached the respective floors, thus greatly improving the safety and efficiency of elevators. 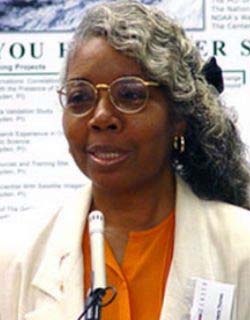 She invented the illusion transmitter, for which she received a patent in 1980. She was responsible for developing the digital media formats image processing systems used in the early years of the Landsat program. 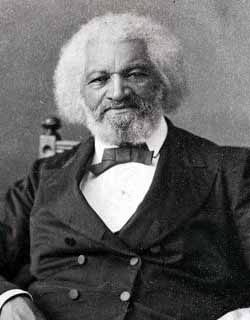 Frederick Douglass was an American social reformer, abolitionist, orator, writer, and statesman. After escaping from slavery in Maryland, he became a national leader of the abolitionist movement in Massachusetts and New York, becoming famous for his oratory and incisive antislavery writings. 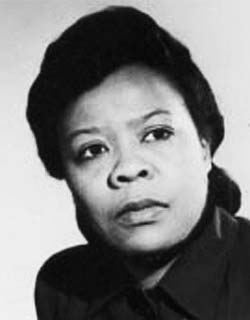 Full-time nurse Marie Van Brittan Brown was simply looking for a way to feel safe in her own home when she came up with an idea that would have world-wide impact.

It was the 1960s, the crime rate was on the rise in Brown’s Queens, N.Y. neighborhood and police response was slow. So, Brown decided to take matters into her own hands and look out for her safety. The idea she came up with would prove to be revolutionary.

In 1966, Brown who was in her 40s, decided to create a closed-circuit system that would allow her to know who was at the door and to contact the relevant authority as soon as possible.

In this morning's message at 10AM, Dr. Kregg Burris continues his series on the 12 Minor Prophets. Today's message comes from Jonah 2:10. The service features a blend of musical styles, from traditional with organ to contemporary music with a praise band and singers. Additionally, all month long we'll be celebrating Black History Month and honoring accomplished individuals within our church family. This morning's honoree is Mr. Alwin Miller. youtu.be/I6FID4EtUBkPlease go to firstbaptistcleveland.org for a complete list of available virtual classes and study opportunities while the church is closed during the pandemic. ...

We look forward to worshipping with you in just a few minutes at our 10AM service. www.youtube.com/channel/UCGPcB14N9TRe50jES6uHK7Q/live In this morning's message, Dr. Kregg Burris continues his series on the 12 Minor Prophets. Today's message comes from Obadiah 1:21. The service features a blend of musical styles, from traditional with organ to contemporary music with a praise band and singers. Additionally, all month long we'll be celebrating Black History Month and honoring accomplished individuals within our church family. Visit our website for more information about today's bible study classes. firstbaptistcleveland.org/discipleship-hour ...

To celebrate Black History Month we have been featuring these important people that are leaders in their fields. How many of them do you already know? You may just learn something new.firstbaptistcleveland.org/black-history-month/ ...

Our Livestream Sunday worship service will begin shortly at 10AM, stop in and say hi, we look forward to seeing you there — youtube.com/channel/UCGPcB14N9TRe50jES6uHK7Q/liveThis Sunday Dan Mizener will share a powerful, true story from the world of baseball that illustrates how God is often working in our lives in ways that are invisible to us. The service features a blend of musical styles, from traditional with organ to contemporary music with a praise band and singers. Stay tuned to the end to watch Betty Meyers, Bonnie Maky and Gayle Klaber play a beautiful piece by Mendelssohn.We will have our Annual Meeting right after the service today.Don't forget our Bible study at noon – www.firstbaptistcleveland.org/get-connected/discipleship-hour/ ...