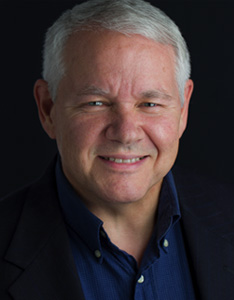 Ministerial, visionary scholar, and spiritual shepherd to many, Rev. Dr. Kregg F. Burris, is the Senior Pastor of the First Baptist Church of Greater Cleveland, Shaker Heights, Ohio, and Founder of the Cleveland Life Institute.  Before coming to Cleveland in 2015, he has served several congregations throughout the Midwest (Illinois, Indiana, West Virginia, and Ohio), specializing in congregational renewal. Dr. Burris’s passion for growth in the kingdom can be seen in the continuous expansion of his congregations, including the new construction projects, two new building projects costing over 4 million dollars, and major renovations of each of the congregations where he has served. In addition to building, teaching, and empowering, he reorganized the governing board of several congregations. He served on the Constitutional revision team for the state constitution of the American Baptist Churches of Indiana. While serving in West Virginia, he served on the state board of the Budget and Finance Committee. He was over the ordination governing board of the Panhandle Association of the WVBC.

A skilled team leader, Rev. Burris has taken an active role within each community in both ecclesiastical and community action programs, including after-school programs, early childhood reading, food pantries, leadership development, and serving on the executive board of the Weirton Medical Center, and council of the Bedford Medical Center (now Indiana University Health Center- Bedford, Indiana), Bertha’s Ministries, the Weirton Christian Center. He has inspired students through workshops and retreats and taught in churches and denominational settings. Dr. Burris believes in a balance of spirit, word, and action, which can be seen in his numerous mission trips to areas such as Russia, India, and Mexico.

He holds a Master of Divinity and a Master of Theology from Trinity Evangelical Divinity School, Chicago, and a Doctor of Ministry degree from Gordon Conwell Theological Seminary, Boston. His doctoral study related to ministry in the era of postmodernism in the contemporary culture of the church. His doctoral thesis was on the identity of congregational life in the midst of the worship wars within the churches of the American Baptist Churches of the USA.

In addition to his service on both local and regional boards of the American Baptist Churches of the USA, he has earned certification in conflict management, premarital and marital counseling, hospice care, and leadership.

Rev. Burris has been used as a consultant to the church regarding church growth and governing. He has a member of the Cleveland Baptist Association Ministerial Council, the Minister’s Council of the American Baptist Churches USA, and the United Pastor’s Mission.