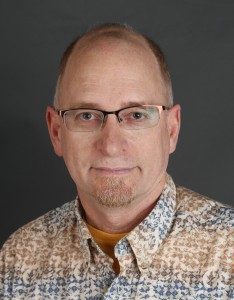 Jeff now operates the video production on Sunday mornings and works with Tom on the maintenance and upkeep of the facility.

Jeff graduated from the University of California at Davis with a major in Plant Science, then received the Master of Divinity Degree from Golden Gate Baptist Theological Seminary in 1988. In addition, he received specialized training in church business administration through the National Association of Church Business Administration in 1997.

Jeff serves on the Board of the Koinonia Camp and Conference Center in Geneva, Ohio, and the Minister’s Council of the Cleveland Baptist Association.  Jeff and his wife Tammy have two adult children. In his spare time, Jeff enjoys renovating his Cleveland Heights home, riding his motorcycle and playing bass guitar. 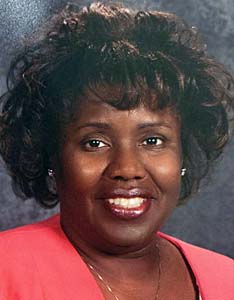 In 2016, she was ordained at Grace Tabernacle Baptist Church under the pastorate of the late Rev. Dr. Jeremiah B. Pryce. Previously, as an Associate Minister at Grace Tabernacle Baptist Church, she served as Chairperson of the Christian Education Committee and Youth and Children’s Ministry Leader. Rev. Sandra has a thirst for Biblical knowledge and a passion for teaching and preaching God’s Word. While attending Grace Tabernacle, her blessings also included being given the opportunity to share the gospel, facilitate workshops (as part of the Grace Tabernacle Institute for Christian Growth), conduct new membership classes, and teach Bible Study, Sunday School, and Vacation Bible School. She also served as a member of the Governing Council.

She received a Ph. D. in Urban Education in 1997 from Cleveland State University. Sandra has been a School Psychologist for over 30 years and has served as an adjunct professor at several local Colleges and Universities including Ursuline and Notre Dame. 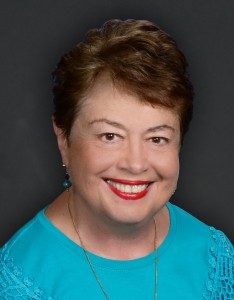 Betty Meyers has served as the Associate Director of Music since 2006.

A graduate of Ashland and Indiana Universities, Betty is a retired teacher/librarian, and has served for many years as an accompanist for The Cleveland Orchestra Chorus. She has appeared as one of the soloists in Bach’s Triple Piano Concerto with members of the Cleveland Orchestra and has performed as organist with the orchestra in Severance Hall and on tour, including the Musikverein in Vienna. Betty is a member of the Executive Board of the Cleveland Chapter of the American Guild of Organists. In addition, she is very active as a chamber music performer. For two summers, Betty participated in the Festival Internancional de Musica Clasica and the Musica Coral in Managua, Nicaragua. 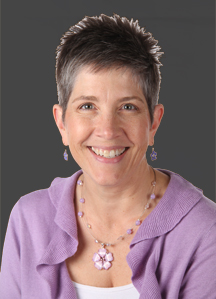 Jane Pernicone began as the director of The Children’s Center in 2006. She has been a child care professional since 1986, working in a variety of capacities including administration, resource and referral. Jane completed her undergraduate work at Northwestern University and graduate work at National College of Education.

Jane is passionate about issues in the field. She advocates for quality child care and adequate compensation for early childhood professionals.

Jane and her husband have three daughters. 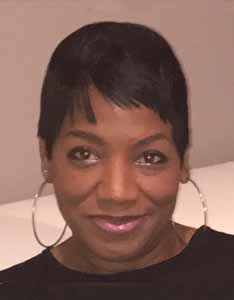 Star Knuckles came to First Baptist Church in February, 2005 as part-time Office Administrative two days a week while working three days a week at the Cleveland Baptist Association as Office Manager/Executive Secretary. First Baptist Church and the Cleveland Baptist Association are both under the wing of the American Baptist Churches/USA. Star brings more than 40 years of experience in all phases of clerical, administrative, financial, collection, customer service, and graphic design work, fulfilling the needs of both membership and staff. 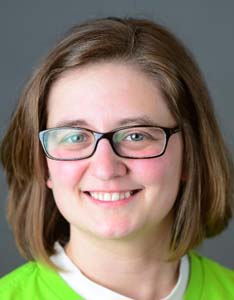 Carly has been involved with the children and youth at FBC for over ten years.

Her experience includes but is not limited to attending several ministry workshops and gatherings, over the ten years this includes, C3 Children’s Conference at Fellowship Church in Grapevine, Texas and the American Baptist Youth Gathering in Estes Park, Colorado. The ongoing training, she received over the years provided Carly with an opportunity to learn from many great leaders.

Carly is excited and passionate about making a difference in the lives of our children, so they are prepared to impact others for Christ! Carly has created an environment where kids want to be and want to learn.

Carly studied business and marketing in college and has fifteen years of management and employee training and development experience.

She enjoys traveling and hiking with her husband Frank and six-year-old son Adam, as well as all things Cleveland sports – Go Tribe!

She is comfortable with children and parents will love and enjoy Carly, the 10+ years in the trenches, on a wing and a prayer philosophy makes her even more enjoyable because she comes to the table prepared. 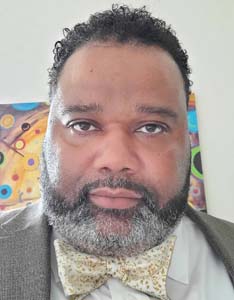 For two decades, LeShun “Ship” Collins has been empowering young minds and challenging his peers to transcend the common and accepted thought of social confines. He is currently the Director of Youth Ministry at First Baptist Church of Greater Cleveland. A highly accomplished educator and innovator, Collins is leading the conversation and ultimately the transformation of social injustice by breaking down its barriers.

Collins’ expertise is grounded in real-world experience. As a practitioner in health and physical education, he spent over 20 years in the school system building positive relationships and cultivating student growth. He currently teaches health education and sports medicine at a high school, located in the Cleveland area. In this diverse and affluent suburban school, Collins’ innate ability to connect to the students and encourage them to find their voice were contributing factors in his being honored with the district’s Teacher of the Year award in 2013.

As a mentor and advisor, Collins works with the Reach Program, a summer enrichment initiative for academically advanced African-American males. He was also recognized by President Obama for a minority leadership program he created and coordinates. The innovative program provides mentoring and leadership opportunities for young men, helping them become divergent thinkers and explore their potential.

As a thought leader, Collins is passionate about developing the 21st-century person and conveying within any community the importance of excellence, determination, leadership, and social change. Collins is sought after by universities and other educational institutions for his keen insight and perspective and for raising awareness of a flawed system that benefits some, but not all students. His mission to provide a voice to the marginalized and underrepresented inspired the release of “Considering Sensemaking as Artmaking in Promoting Social Justice-Oriented Work in Schools,” an article written by Collins and his colleagues and published in the University Council for Educational Administration journal. 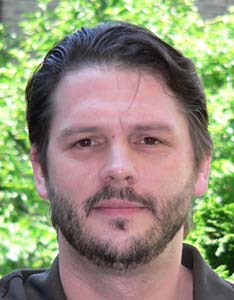 For several years Brian has taught guitar right here at First Baptist to students that include members of our own congregation. Many of those students have performed occasionally during regular church services. In addition, Brian has been a personal contributor to many of our special worship services such as the Candlelight Service Christmas Eve, our New Year’s Eve Service, and many others. He is a perennial band leader of our annual Rock of Faith Concert.

Brian lives in Lakewood with his daughter Valeria. When you see Brian please be sure to congratulate him on his new position at First Baptist Church. 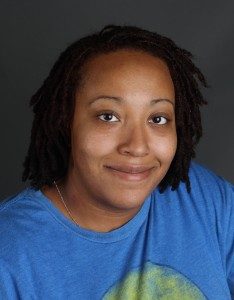 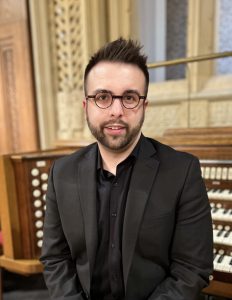 Don Verkuijlen serves as the Director of Music at First Baptist Church of Greater Cleveland. At First Baptist, he leads a dynamic program which performs a wide range of music and manages their active concert series. Don is also the Artistic Director of the Singers ’Club of Cleveland, the city’s oldest performing arts organization. In this capacity, he led the organization in commissioning a new setting of the Requiem Mass, written by the internationally renowned concert organist, David Briggs, in memory of those who lost their lives to COVID-19. Beyond his professional engagements in Cleveland, he is an active member of the performing arts scene, serving as Sub-Dean of the Cleveland Chapter of the American Guild of Organists. In this role, he coordinates the chapter’s concert series, bringing in organists of both national, and international acclaim to Cleveland.

Currently, Don is a Bachelor of Music student in Organ Performance at the Cleveland Institute of Music, studying organ with Professor Todd Wilson, and harpsichord with Dr. Peter Bennett. As part of CIM’s partnership with Case Western Reserve University, Don serves as both a Keyboardist of the Case Western Reserve Baroque Orchestra, and as a member of the Case Western Reserve Chamber Ensembles, where he provides continuo realization and keyboard accompaniment to various performances throughout the academic year. Before attending CIM, he studied Organ Performance at the Oberlin Conservatory of Music where his principal teachers were Madame Marie-Louise Langlais and Professor James David Christie. Beyond his primary lessons in organ, he has studied conducting with Mr. Daniel VanSickle, Dr. Jody Kerchner, and Dr. Raphael Jiménez, sacred music with Dr. Jonathan Moyer, as well as piano with Professor Derek Nishimura. Don has also participated in several masterclasses with several noted artists, such as Nathan Laube, John Ferguson, Olivier Latry, Christian Lane, Scott Dettra, and Dr. Marilyn Keiser. A native of Appleton, Wisconsin, Don began his organ studies with the late Frank Rippl, to whom he credits with helping him foster a life-long love of music.

A prolific recitalist, Don has performed around the globe. Selected organ recitals include performances at two Organ Historical Society Conventions (Columbus, OH and Sunderland, MA), the Cathedral of St. Paul (St. Paul, MN), the Shrine of Our Lady of Guadalupe (La Crosse, WI), Conservatoire de Paris (Paris, FR), Overture Hall (Madison, WI), and the Basilica di San Giuseppe al Trionfale (Rome, IT). During his trip to Rome, he was honored to be asked to play for a Solemn Pontifical High Mass, Celebrated by Pope Benedict XVI at St. Peter’s Basilica. Don is also a composer of works for organ and choir. His Toccata for organ was premiered at the 2016 National Convention of the American Guild of Organists in Houston, and is published by Selah. A recording of the premier performance is available on American Public Radio’s, Pipedreams.

At his most recent appointment before First Baptist, Don served as the Director of Music and Liturgy at St. Rocco’s Catholic Parish in Cleveland. At St. Rocco’s, he led the revival of the Tridentine Latin Mass, re-introducing Gregorian chant and polyphonic mass settings in their original liturgical setting. Beyond performing, he is the owner of the VerKuilen Organ Company, also based in Cleveland. He spends his free time restoring his Model T Fords and spending time with his wife, Caitlin.